Sophie had seen the whole of the Kanto region, and she had become the Pokémon League Champion along the way. She had seen the Dazzling Blue Waters run under the Cycling Bridge, the Golden Crests of the Rock Tunnel mountains, the Icy Glaciers surrounding the twin Seafoam Islands, the Glowing Rocks at the depths of the Mt. Moon Caverns, the Endless Aisles of the Celadon Shopping Center, and the Bustling Ships moving in and out of the great Vermilion Port. At the moment though all she wanted to see were the Colorful Rooftops of Pallet Town, home. 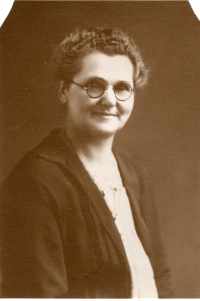 The real Sophie was my Great Great Grandmother. She was born at the start of 1869 and within the first two years of her life her family immigrated to the United States, eventually settling in the Utah Territory, where Sophie lived her entire life. She married the recent widower Hans (a former protagonist's namesake) when she was only 17 years old. She was the mother of 7 children. Beyond that I was unfortunately unable to find much information about this ancestor of mine. In the words of her husband's funeral there are a few kind words spoken about Sophie as well, but there is no wealth of information that I could find to learn more about this great great grandmother of mine.
Posted by Tanner J at 9:00 PM