James had successfully defended his title of Indigo League Champion. He was the most skilled Pokémon trainer in the Kanto region, and as far as he knew his team was unmatched. He had traveled to every corner of Kanto and captured the birds of legend and the berserk clone of the ancient Mew. After finishing all of this there was only one thing that James wanted to do... play some video games. So he went home and turned on his NES so he could play and relax after a long journey. His mom didn't even mind. In her mind he had earned a nice break. 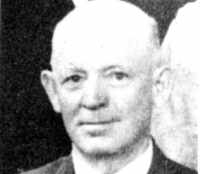 The real James is one of my Great Great Grandfathers on my fathers side. He was born in Sweden in 1875 and like many of my ancestors immigrated to the United States at a young age (7 years old). He ended up settling in Utah where he met and married his wife Mary Jane. Together they had 12 children. He worked as a farmer and stockman in Brigham City. He lived to the respectable age of 76.
Posted by Tanner J at 9:28 PM